Madeline island has the least imressive caves but has a rich cultural history.
Originally called Mooniingwanekaaning (“The island
Abundant with Yellow-shafted Norther Flicker”), the island was inhabited
for hundreds of years by the La Pointe Band of Lake Superior Chippewa,
an Ojibwa band of the Lake Superior Chippewa.  The Caves on Madeline
Island are located at Big Bay State Park.  The sea caves that are on
this tour are all small and not as impressive as Romans, Meyers, Sand or Devil’s.  This tour is one of
the easiest tours we have because it stays close to shore in shallow
water for the whole tour. 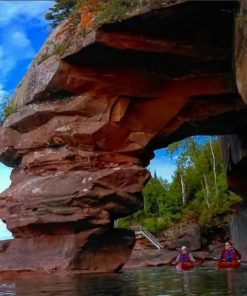 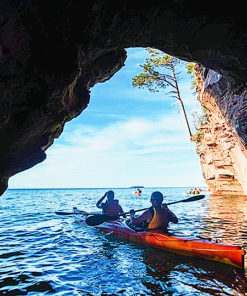 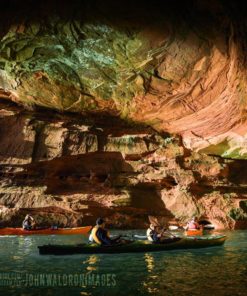 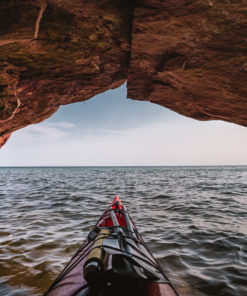 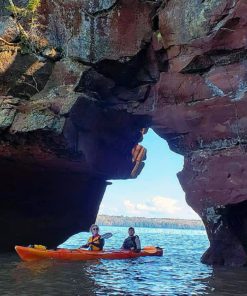